The Woman who Wrote a Letter to God!

May 14, 2016
The woman sat with her hands buried in her laps, her concentration held by the Pastor in a tight grip as he took the congregation back on his teaching in summary.
It had been a quick but very enlightening service for her and she was almost certain she could feel the spirit of God sitting beside her. Although of course beside her was the man in a grey shirt, who had given her his best wide grin when she had asked if she could sit beside him.
He turned to her now and extended his hand as the Pastor said "Look to your neighbor to your left and right and say 'The Peace of the Lord be with this week'".
She offered her best smile, "The peace of the Lord be with you this week,'" she returned.
"Now let us package a good offering to the Lord our God who is our ultimate provider," the Pastor continued. "The principles of Giving and Receiving have not changed since the beginning of time till now. Our God is the same, yesterday, today and always. Find the envelopes in the pockets of the chairs in front of you and place in it your tithes and offerings. May the Lord bless you as you give."
"Amen!" The congregation thundered.
The woman picked an envelope, and then took another. On the one she began to write with a pen.
It was a brief message and when she was done it read, 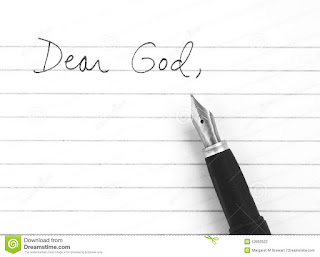 Did you enjoy reading that? Please leave a comment with your thoughts!

Popular posts from this blog

Want more Money? Here's A Question that Can Change your Life.

October 23, 2017
What you make in Life would be directly proportional to the weight of your Service to man. But your service to man would be of no good if you cannot serve without thinking of what you'd make. You have to get to that place in your servitude, where you can do it whether or not you would make money. Can you do it for Free? So the question, shouldn't be "How Can I make More Money?" but instead, " How can I be of more Service to Mankind/the world? " When I asked this question, my whole life changed! And it had nothing to do with what I was doing for work at the time, but just 'How Can I serve, and serve better? What could I possibly do to help more people? I realized that in answering the question ' How Can I Serve '  , I had to face the question ' What Do I Have to serve with?' You see your servitude would always go in line with what you have. And long before you serve with what you have physically, say money for charities and expanding your
Post a Comment
Read more

October 23, 2017
In finding your Life's Purpose, here is a Question that I think can help. "WHAT DO I HAVE?" What do I Have to do the things needed for me to do in order that I may live a better more advanced life? Let us take the first question "What Do I Have?" This question helps you see beyond the physical space and deeper into yourself in search of your divine gifts. When you came into the world, you came in with something only you could have brought here. It was in your mind and in your heart. It was embedded in your soul. You knew IT. You sensed IT. You followed IT instinctively, intuitively, emotionally.  You felt it, you heard it, you followed it. For some of you, as you followed it, your parents watched you with disapproval and eventually spanked it out of you. "You better face your books," they said "And stop wasting your time with that." So you dropped it, forgot about it and slowly sank into a boring humdrum life without IT. For some, your parent
4 comments
Read more